If you have never been to Disneyland before, there are actually two theme parks vis-à-vis one another: the original Disneyland (established in 1955) and Disneyland California Adventure Park (opened in 2001). To remain frugal, we have stayed outside of the resort and purchased cheap(er) tickets – that meant we had to pick which of the parks we explore during a day (no hopping between them). Since we were staying in Anaheim for 2 days it was not a big deal and we decided to check out the Adventure Park first. Unfortunately I was under the weather on that day, so I decided rest at the hotel and would join my girls later in the afternoon. That gave them the opportunity to explore all the attractions by themselves first. My wife already had an action plan for the day – thanks in part to her brilliant logistics skills and in part to the Internet where plenty of people readily share their useful tips, they were well equipped to maximize the time spent in the park. They quickly queued for their favorite rides and even managed to secure some fast passed for the afternoon, when I came along. Did I mention that my better half got some logistic skills? 🙂

One of my favorite attractions was Soarin’ Around the World. While waiting in the hangar for our turn to be seated one could learn and develop a new appreciation for the rich history of aviation that can be attributed to Southern California. It was all on display above our heads and on the adjacent walls.

The ride itself was worth the long wait. I won’t spoil it any more, but do make sure to check it out if you visit. You won’t regret.

The best part of the park (in my opinion anyway) is the Cars Land, themed after – you guesses it – the Cars movie. If you’re as big of a fan of the movie as we are, you won’t be disappointed. Usually one can expect an animation to reflect the real world, or at least to draw inspiration from it. The movie is full of analogies and tributes to Route 66 – that is probably why we love it so much. The park has achieved an incredible feat doing the opposite – transforming an animated theme into reality without sacrificing that cartoonish and magical aspect of it in the process. We’ve been also blessed with being at the right place at the right time, so I managed to capture the moment when the light was about perfect. 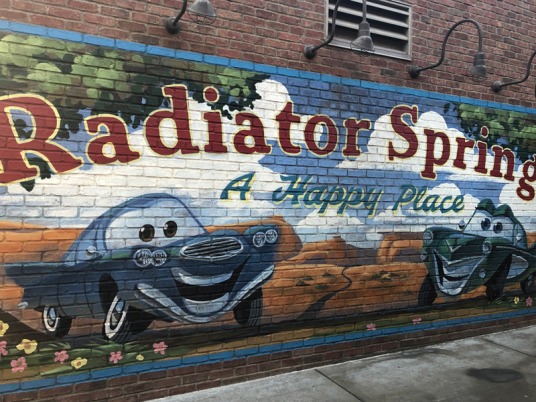 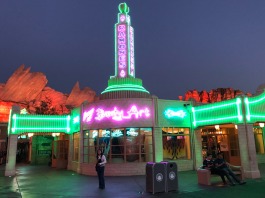 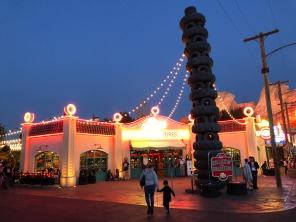 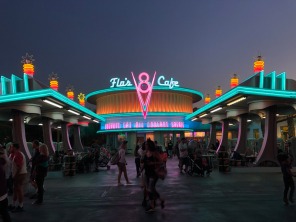 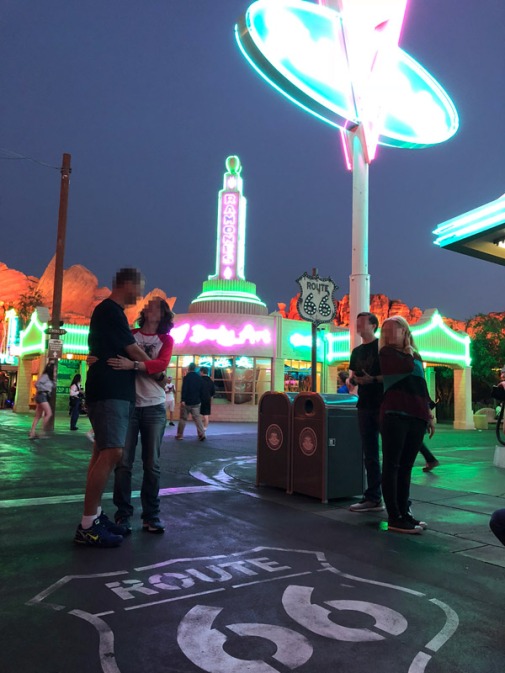 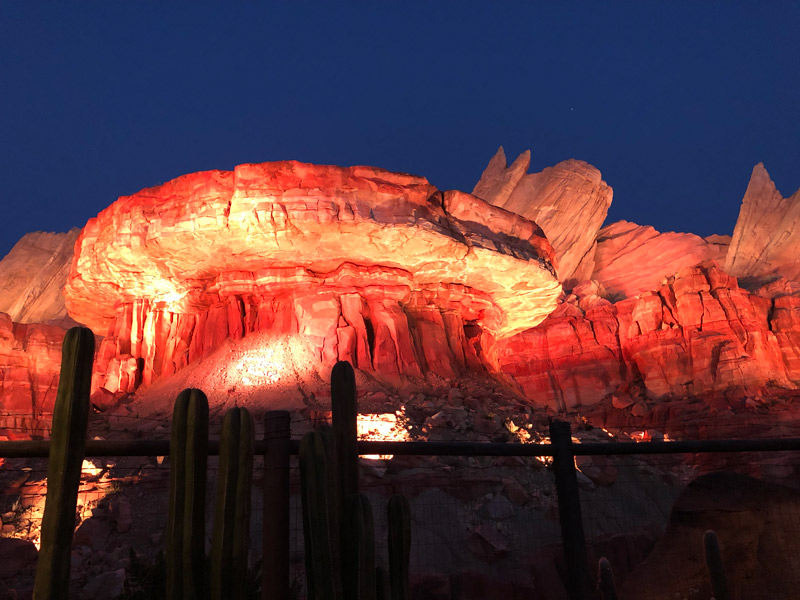 We’ve been so absorbed by the world of Lightning McQueen and Radiator Springs that we have almost missed the parade! We quickly followed the music and managed to catch the best part. We (at least the two adults present) felt like children again! What an experience!

After a good night’s sleep it was time to check out the other theme park – the one and only, the original Disneyland. I was entering with mixed feelings. As a child, I used to wish that one day I would be able to visit the magical world of characters created by Walt Disney. Many years have passed since then, will it live up to that childhood dream? Or will it… oh, just stop it old man, go and enjoy yourself! And I did! I was still fighting whatever the bug that got to me, so I wanted to take it easy again. My girls were off to exploring the crazy world of rides while I took my time to wander around and photograph all the attractions. It actually worked to our favor – I could document all the picture worthy scenes, so we can relive these moments after coming back home. 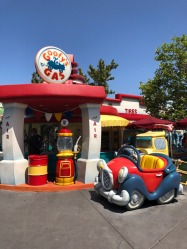 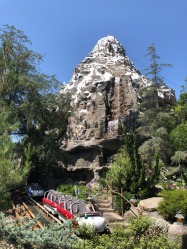 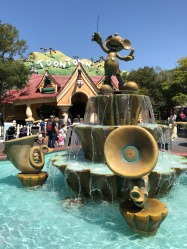 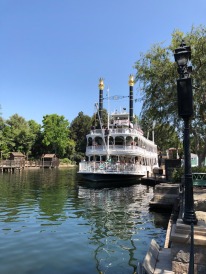 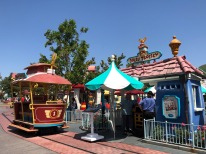 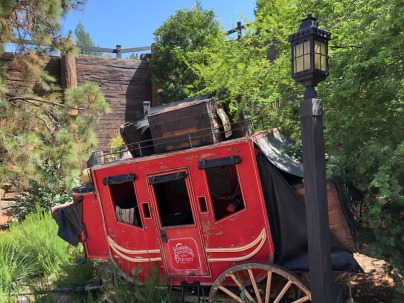 It’s absolutely astounding what human imagination paired with skillful hands can accomplish. One minute you are in the whimsical world of Mickey and friends, the next you are cruising down the river on a steamboat, just to jump to the future later. Another amazing thing is how clean and well maintained everything is. Considering that some of the exhibits are as old as the park itself, the maintenance crew is doing an amazing job keeping things in top shape.

While I enjoyed the whole park a lot, there’s only one favorite attraction: Star Wars Launch Bay. One of the best memories I have from my childhood is that of watching “Return of the Jedi” with my father on a big screen (it was big – they converted the whole sports arena into movie theater!) when I was in the elementary school. Every one we knew was there watching the movie, it was truly a lifetime event. Till this day nothing can top that experience. Exploring the world of Star Wars and walking around props and memorabilia from the original Lucas’ trilogy brought all those great moments back. Having Chewbacca to pose for a picture for me was a perfect icing on a cake. 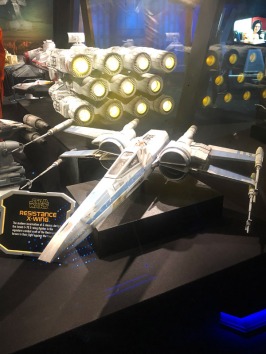 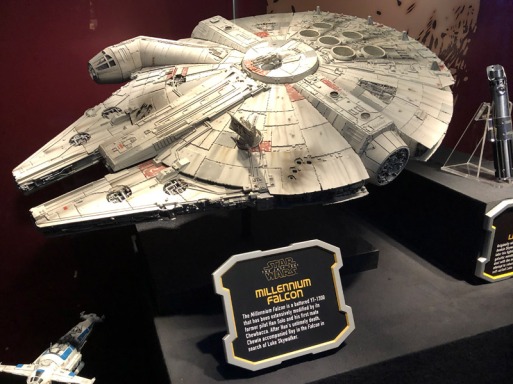 As the saying goes, all good things must come to an end. Tired, but completely satisfied we slowly headed for the exit. It was time to wave goodbye to Mr. Disney. Thank you for the world you created and the legacy you left behind. We are very glad that we could experience the park at last. For me personally, another big item can be struck off the bucket list. 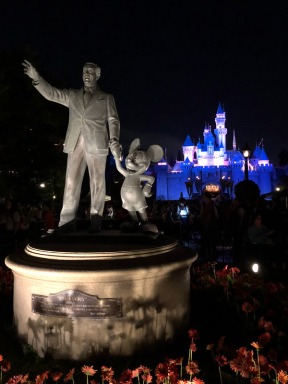