Being a very young country (it merely celebrated its 50th birthday in 2015), Singapore is also a stellar example of what a country can achieve with proper leadership and people’s dedication. While having one of the strongest economies in the world and state-of-the art infrastructure, Singapore is not exactly known for EV adoption. You have probably heard the story of a Tesla owner who was taxed for CO2 emissions. The country is also known for astronomical prices of privately owned cars. Imagine that a Toyota Corolla or Honda Civic would cost you an equivalent of a well-equipped Tesla Model S or X in United States (about SGD 102,000 after taxes and COE). All this is designed to curb the pollution and road congestion. To be honest, while car ownership is definitely a luxury there, one can get by perfectly fine without it. All thanks to the excellent public transportation system encompassing the whole island.

So where does it place electric vehicles? During my recent visit to Singapore I’ve seen a lot of Toyota Prius cars (mostly taxis), a few of BMW i3 and… that’s about it. There is one initiative, though, that looks interesting and could be an alternative to an Uber or taxi ride. A company called blueSG launched in December 2017 and it provides an EV sharing service. The company itself is a subsidiary of Bolloré Group that already has a similar offering in Paris called Autolib’. The vehicles are also provided by Bolloré and are based on LMP® (lithium-metal polymer) battery technology, providing about 200 km (125 miles) of range on a single charge. 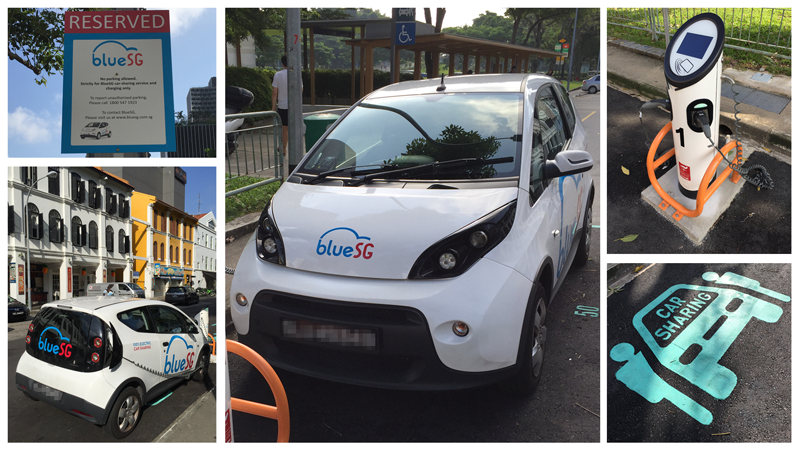 How does it work? One has to simply register (on the website or through an app) to receive a card, then follow these instructions: 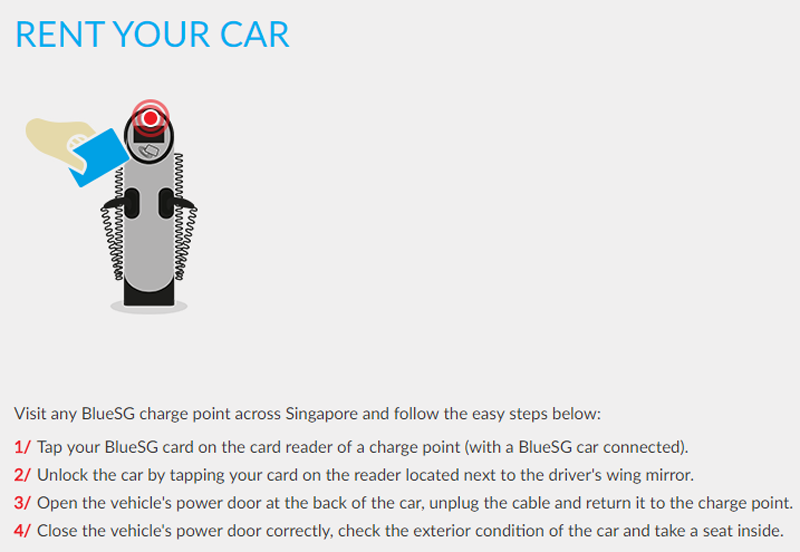 The cars are available at any of 30 locations across the island (currently the fleet consists of 80 vehicles) and can be returned to any of the designated charging stations across the country. BlueSG ultimately plans to expand their network to 1000 cars, 500 stations with 2000 charging points. 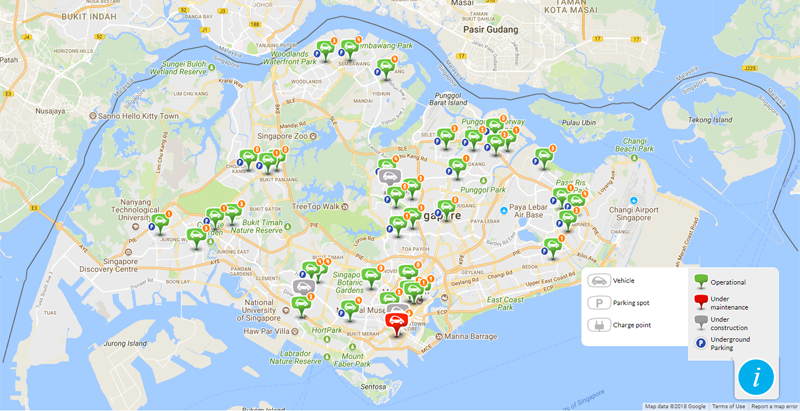 The service is charged on a per minute basis (50 cents for non-subscribers, 33 cents with 15$/month subscription). In a city-state such as Singapore it can definitely be an option when compared to other ride for hire services mentioned earlier. It provides a sense of independence when needed and definitely beats the cost of owning a car. Plus, there’s no carbon emissions!