Two days in San Francisco went by quickly. There never seems to be enough time to explore everything on the “to do” list, but this just motivates me to come back more. It’s also hard to believe we were on the road for 13 days already. Time flies when you have a great time and this has certainly been the case with this road trip thus far. We’ve managed to visit most of the attractions that we planned for in California, but we were not ready to leave the state just yet. A major feat for the day: Yosemite National Park. That and about 400 miles of driving to cover. Let’s get going!

We woke up earlier than expected and hit the road around 5:00 am. There’s a special calm about big cities before dawn. Except for cleaning crews and delivery trucks unloading their cargo they are very quiet. Hardly any people on the streets and all the cars gone – a stark contrast when compared to the rush of the day that is about to commence. Every big city I’ve been to follows the same rhythm, it doesn’t matter it it is Seattle, Dallas, Atlanta, Vienna or Singapore. San Francisco is no exception.
On the way to Yosemite we had to stop in Dublin and Manteca for a quick “top up”. The first of the two is notoriously one of the busiest superchargers in the world. Yet both were very quiet in the early morning hours. A perk of being an early bird, I guess. 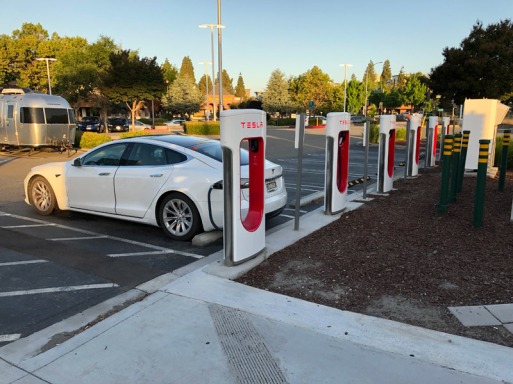 We haven’t had to stay long in either location. Trusting the on-board trip computer we departed Dublin after 10 minutes and Manteca after 20, respectively (mostly to take turns for restroom breaks). Knowing that there won’t be many options inside the national park to plug a car, we left it to the Groveland supercharger to get to full range. It is the coziest one we’ve encountered so far. There’s a beautiful garden with a gazebo right next door, courtesy of the local school or nursery. A very pretty place to stretch the legs and admire both the beauty of nature and the talent of the people maintaining this little oasis.

Not wanting to wait any longer and confident that we will make it through, we left Groveland with 222 miles of charge (out of 240 rated). When planning the trip we were considering to visit both Tioga Pass and Glacier Point at one go. This would be a stretch to cover in one day, especially considering all the stops for picture taking. We were also concerned about availability of charging stations – there are some EV chargers at Yosemite Village, but I didn’t feel comfortable taking chances. This gives a nice pretext to come and visit again. Instead, we focused on Tioga Pass only.

I am glad we did that. After visiting Yosemite Tunnel and Bridalveil Fall, we drove towards Yosemite Village to check out the visitor center. Unfortunately all the parking spaces were taken. We joined the hopeless “musical chair” of cars trying to loop around to take any spot that was just vacated, but it was pointless. It was clear that the park was getting busier as the time went by, so without much hesitation we continued towards Tioga Pass. 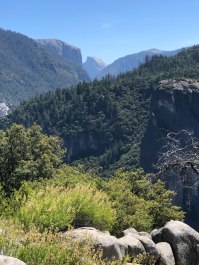 Yosemite – first glimpse of Half Dome in the background 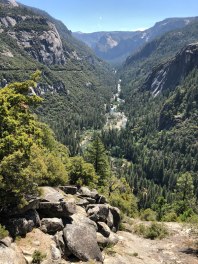 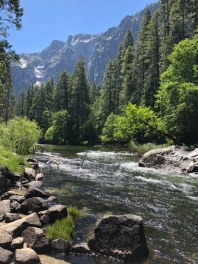 A view at Yosemite Valley and Half Dome from Tunnel Pass 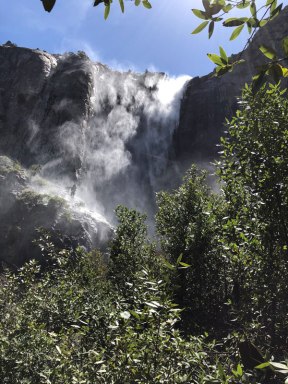 It is no wonder though that there are so many people travelling through here, as the scenery is truly breathtaking. Tioga Road (Highway 120) is only open during summer months, weather permitting. In 2017 there was a record snowfall that pushed the opening till late June. It is hard not to spare a thought for people who risked their lives and endured hardship of the terrain to construct the very road, so we can admire nature at its best. Once again I felt like EVs are just made for this kind of journey – quietly hugging the winding road without leaving any nasty fumes behind. Ancient people considered this land sacred and knew how to live in symbiosis with nature. We too should learn how to leave no footprints behind and minimize our impact. It is really not that hard and I wish more people would abandon their gas guzzlers already. I digress.

Continuing on Tioga Pass Road we have passed by Olmsted Point, named by the famous landscape architect and conservationist Frederick Olmsted. The place offers another vantage point for Half Dome. It is also very close to Tenaya Lake, the largest in Yosemite, a popular picnic spot. We took upon this offer, as we didn’t have any meals since breakfast and the scenery was truly too spectacular to miss it. One almost doesn’t want to leave, it is so captivating. 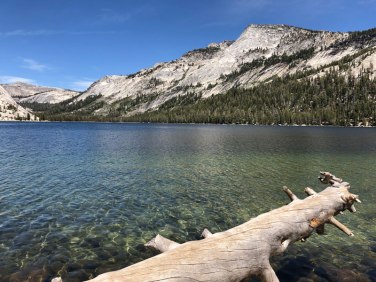 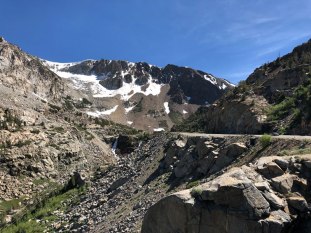 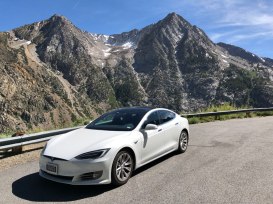 Made for each other (the car and vistas)

The scenery along Tioga Pass is changing with every turn. It’s hard to capture the full beauty of it and pictures only do partial justice here. I am glad we could witness this with our own eyes and to experience how magnificent Yosemite is. Hopefully we will have a chance to return one day and to further explore, as we barely scratched the surface!

For those of you that are curious how the car handled the winding road and continuous elevation changes, I am happy to report that we had absolutely no issues. There were moments that I was watching the energy graph closely as the remaining miles were disappearing faster than I would anticipate. Thanks to regenerative braking kicking in on the descents it all evened out eventually. We arrived at Mammoth Lakes supercharger with 45 miles of range remaining.

It was about 5:00 pm when we left from Mammoth Lakes towards Lone Pine. I started growing skeptical that we will have enough time to check out Manzanar – a historic camp where Japanese Americans were incarcerated during World War II. I’ve heard about this place many years ago, but my memory was refreshed when my friend gave me Ansel Adams’ book documenting the very place. I wanted to visit it ever since. The more I was getting anxious that I might miss it if we don’t get there on time. Luckily, the place is open for visitors from dawn to dusk (only the visitor center closes at 4:30 pm). So there was hope.

We could not have planned it any better, as we have arrived at the golden hour. It must have been Ansel’s spirit or something else, but the timing was spot on to take pictures. There were only a few other people visiting when we were there, making the quiet place even quieter. I know the story very well, the more I felt the gravity of the events that took place here. Everyone should make it a point and visit here in their lifetime at least once – it’s a good reminder that we are all capable of committing atrocities, no need to look far. Hopefully we can learn from it and prevent such a thing from reoccurring in future. 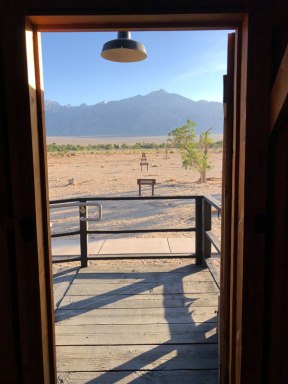 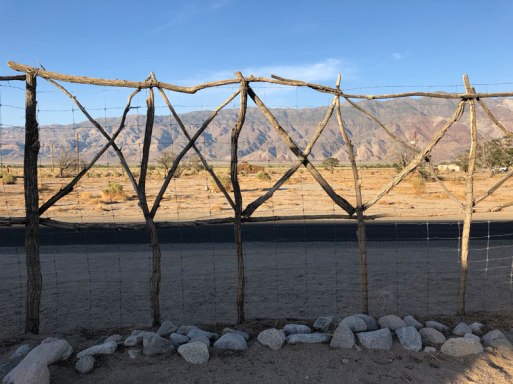 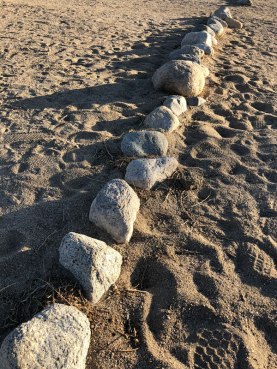 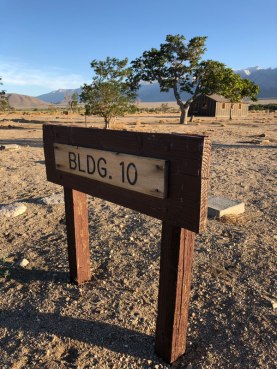 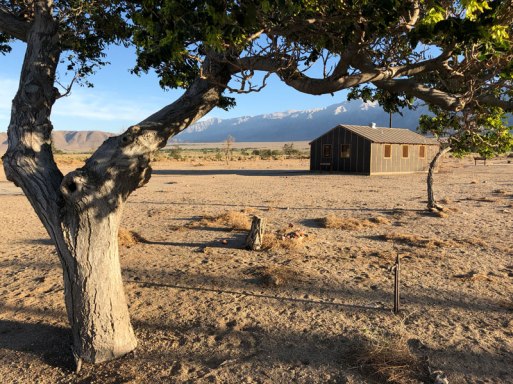 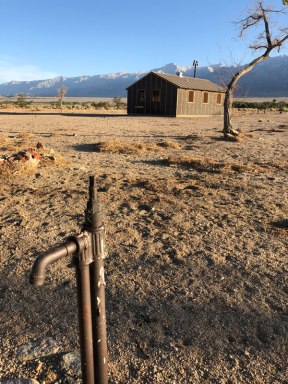 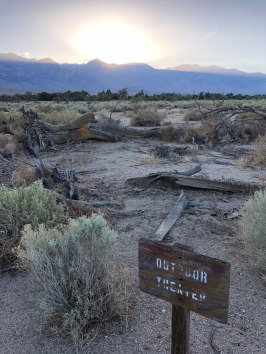 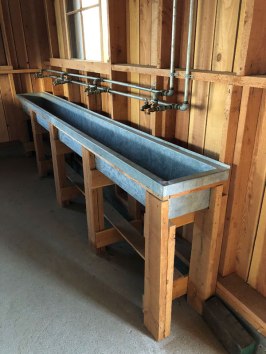 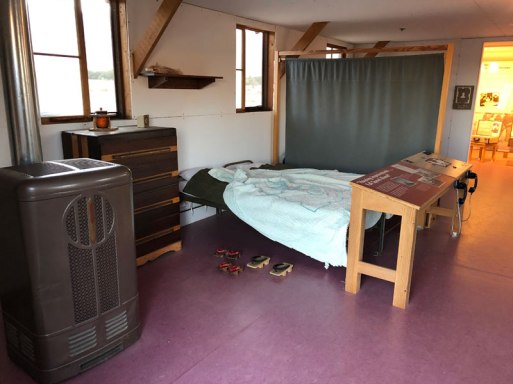 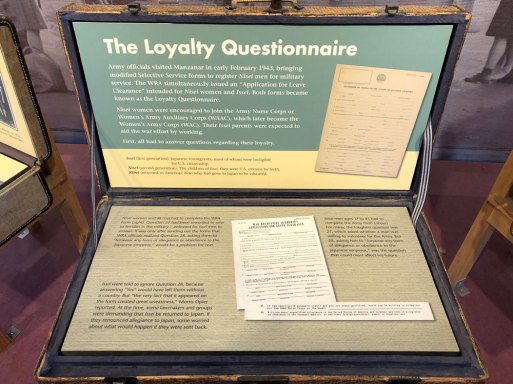 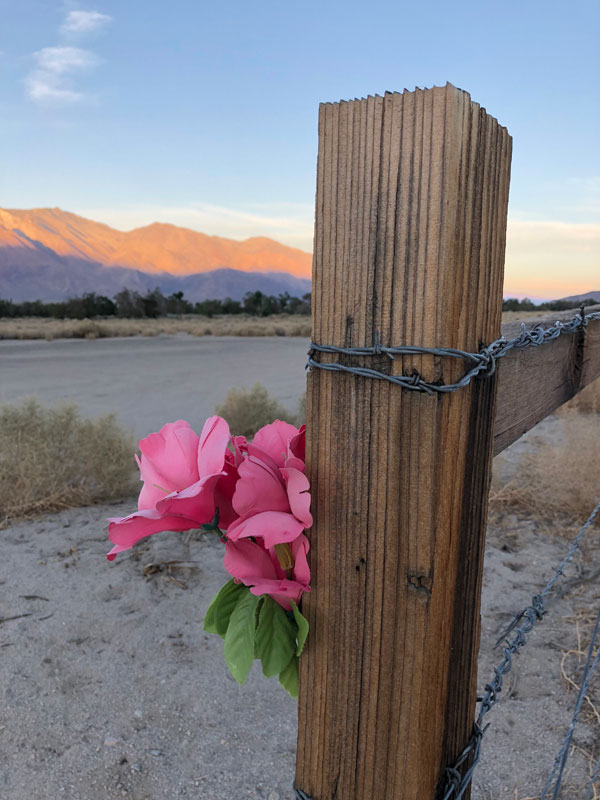 Before going to our hotel we stopped at Lone Pine supercharger. It’s a small one (only 4 stalls), but we ran across a nice couple who just bought a Model 3. A quick charging stop extended to a lengthy conversation – a typical scenario in the Tesla community. It’s one of the things that make it so special. 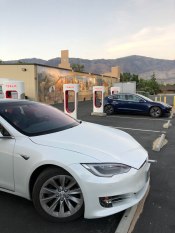 One of the first encounters with Model 3 “in the wild”.

The following morning, ready to go. Last glimpse on Sierra Nevada before we leave.