We left our hotel early (again), knowing that we will have another long day of driving ahead of us. After about 20 minutes spent at the supercharger in Santa Rosa, NM, we have have continued towards Albuquerque. Most of the journey was uneventful. Being so early in the morning, the only company on the road were trucks, some of them occasionally struggling to climb the next hill. Reaching the city limits provided some thrilling experiences as we were entering a curvy stretch of the freeway while descending at the same time. As a bonus for completing this roller-coaster ride we have seen pretty good energy consumption:

My wife and myself are huge fans of the “Breaking Bad” TV series, so knowing that a lot of the action takes place in and around Albuquerque we had to check out some of the famous spots around the city: 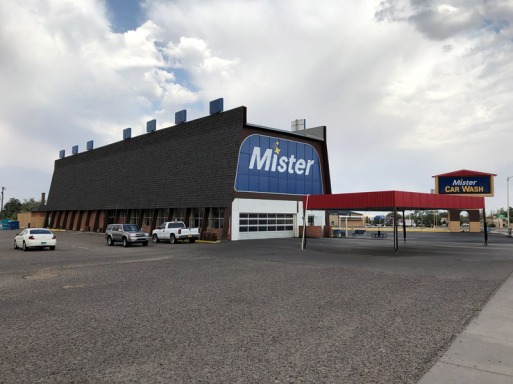 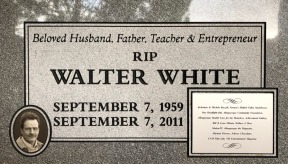 Too bad that the owners of “Walter White’s house” had to put a fence around the property to fend off some of the nastier visitors. We managed to snap a quick picture while doing our best to respect their privacy. So if you plan to visit, be courteous as well.

We haven’t planned on touring the city this time round – we do want to come back to New Mexico to explore more of its beauty, but that will most likely be a trip on its own. After a supercharger session combined with an in-the-car picnic (eating sandwiches prepared earlier) it was time to head for Gallup then (you guessed it – another battery revival stop).

I must say that the scenery gets prettier and prettier as you cross from New Mexico to Arizona. Many people have warned me that it is boring, but I beg to differ. The desert plains, mesas and mountains are definitely beautiful and I was frequently in awe as we drove by. I have downloaded all my footage from the dash cam, so once I find the time to edit I hope to be able to compile a quick time lapse of some of the most interesting vistas – you can be the judge then.

Passing by Holbrook, AZ, gave us a chance to visit some of the Route 66 attractions: the famous Wigwam Motel and Rainbow Rock Shop. 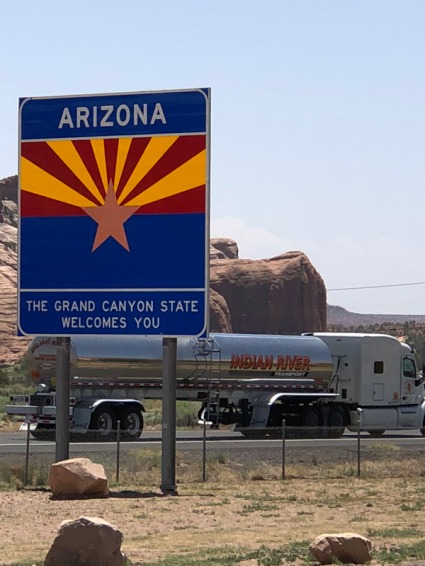 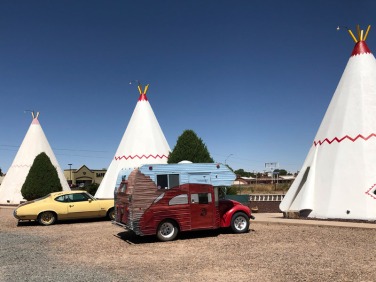 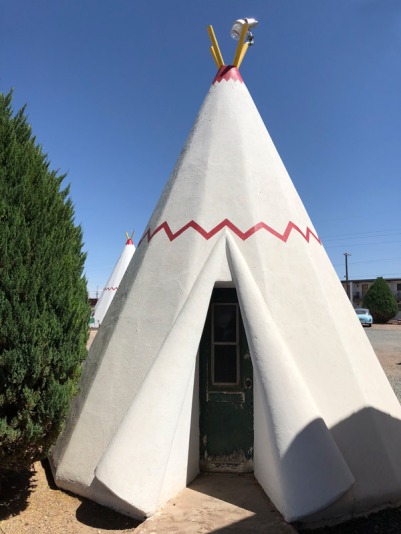 Continuing west, one cannot miss Winslow – another highlight on Route 66. Here you can take it easy while standing on The Corner or check out the tiny church of The Mother Road. 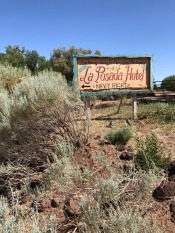 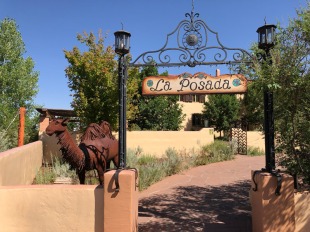 The last few miles before entering Flagstaff greeted us with a surprising change of scenery – the landscape quickly transforms from barren rocky desert into a pine tree forest with the mountains in the background. We could feel the welcomed change of temperature as well – it almost felt like entering an oasis of sorts. Flagstaff itself is a nice little town that we have not had a chance to explore on this trip, unfortunately. Just stayed there for the night. We’ll come back, for sure!

This concludes day 2 of our trip. Over 530 miles and again, zero Teslas spotted on the road (other than a sporadic one or two sighted at superchargers along the way). There was a brand new Model 3 charging at Tucumcari though, a nice surprise. We have also realized that this is the farthest we have been west in any of our cars so far!

We left early in the morning again and continued our journey west. First stop over was at Kingman, AZ. Since we missed breakfast at the hotel this would be our “picnic” stop while the car was recharging. The supercharger is located next to Carl’s Junior restaurant – nice, since the one that was close to our house closed its doors and we kind of missed it.

One of the key points on our agenda for the day was to visit Joshua Tree National Park. The shortest route is hardly an option for us (otherwise what’s the point of road tripping!), so we opted for a scenic drive through Route 66 via Sitgreaves Pass). I am no stranger to curvy and dangerous roads, so the windy and narrow road was a far better call than boring major thoroughfare. Besides way better scenery it also serves as a great replacement for morning coffee, as one has to stay alert at all times.

There’s something mystical and timeless about a desolate, desert landscape. If not for the road dividing the vast terrain, one can feel as we were transported back in time, before humans came. It’s a great feeling to be able to pause for a moment, disconnect from a modern day rush and stand there awe-struck …

We stopped briefly at Cool Springs Station in Oatman – another Route 66 attraction and one of the few spots along this path where one can find refreshments. If by any chance you venture here unprepared, this is your chance of redemption.
There was a “gang” of bikers, traveling all the way from Switzerland to enjoy The Road –  the historic route definitely has a special place in the hearts of many people around the world.

While standing at the Sitgreaves Pass overlook and enjoying the vista of Black Mountains (one can see California, Arizona and Nevada from here, so I’ve heard) I have spotted numerous crosses, which I’ve found rather intriguing. At first I thought that it might be in memory of unlucky souls who veered off-road here, but that’s not the case at all. It just happens that this is a popular spot for scattering the ashes of loved ones – even occasional marriage vows are exchanged here. Interesting twist, for sure.

We have left Oatman and continued towards Needles, CA. Upon crossing the Colorado River we have officially crossed the state border. We were in California now! Yay! Immediately, a shocking surprise:

It makes sense now why EVs are such a popular alternative to gasoline cars here. Speaking of ICE – this was also the first encounter so far where Tesla supercharger stalls were occupied by them. I guess the “30 minutes general parking” sign is an unfortunate compromise. I had to take the last vacant slot, usually reserved for people with disabilities. I made sure I stayed with the vehicle, just in case some needy person showed up.

Ensuring we had enough charge for Joshua Tree National Park and reaching Twentynine Palms after that, we have continued on. Not before my daughter convinced me that it is time for some delicious blizzards from DQ! Oh well, it’s vacations after all. We can watch the sugar intake after we are back 😉

Joshua Tree has always been close to the top of my bucket list and I would not give it up, knowing we are going to be passing by anyway. Featured in numerous movies I have watched since I was a kid (including the cheesy one of the same title in the 90s) and gracing one of my favorite U2’s albums, somehow it was always very appealing to me. I was always strangely attracted to rocky desert landscapes. What makes the Joshua Tree special is the yucca plant from which the park gets its name.

As expected, the desert climate greeted us with 110 F temperature. In no way this would stop me from enjoying the moment and I was quickly embraced in photo taking while taking time to delight in the eternal beauty of nature that I had a privilege to witness with my own eyes. A wise man once said that life is shaped by the moments, this was definitely one of them. What an unforgettable memory…

After a day full of adventures we have settled in Twentynine Palms for the night. We skipped the supercharger, postponing it till morning. There was plenty of range left to reach the hotel and then some. Plus, with temperatures as high as they were I would not get the optimal charging speed anyway – it was better to do it early in the morning when the weather is (much) cooler.

By the way, if you are visiting and craving for something different than typical road trip food, Fuji Restaurant offers surprisingly good Japanese food. Recommended.

There goes day 3 of the trip. About 380 miles behind us and a complete Tesla desert (pun intended), as we haven’t seen a single one for the whole day (traditionally I am not taking the ones at the chargers into account).